I really miss you all

I really miss you all

I was long ago when i was playing wth you guys here. Bt the downfall was un avoidable as it seemed. I really miss to role play, or just hang out in chat with you guys (and all the guys that are not paying attention to this site anymore) It was part of my daily routine to log in, check what s new, and the join the chat to talk with you guys.

now its all gone. I miss it. 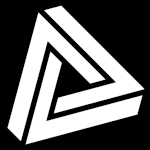 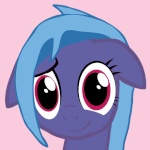 Good things come to an end, but there is many placea you can still RP. I am running many Ponyfinder campaign s and if you really want to do some rp if you get at lest 4 people in the Europe time zone I maybe can start sometime for you if you still got the rp titch
_________________
Steel Prism's Character Sheet and timeline
Steel Prism's Theme Song

It's not a matter of looking for something in the present, but of reminiscing over the past. Man, I had a lot of fun here... From jumping into my first RP completely uninvited, to chasing down and eventually finding Harmie to accept my CS... finding out Shade having a character with a similar but opposite history to mine, getting Scrapper to join in on the site, hot-and-colding our interactions in the RP... poking fun at Cap'n Prissy Pants with Hijinkasus, never really meaning any harm... Shade's plots and plans for everything, and the pleasant surprise of Void's appearance, Meg and Steel's enthusiasms keeping the chatbox alive, even if I've often regretted eyeing over their mid-night RP use of the chatbox... making and remaking the GK's story arc, dropping steel from rebel leader and replaced with Silver Lining, and watching even that come to an end... Zwei's all-around awesomeness. Winter-Bellicorn's reign in all of its glory, Zubi's on-off entropy, Grey and his 'howdy's and beers... Flec and Star's advances making me uncomfortable, but I'll miss them all the same... even Markutsk earning himself an IP ban... and making pike absolutely terrified of me on accident when I asked around about it!

All in all, I am glad to bits about coming across this site when I did, When things started falling apart, I wished it would never end... But they did. I'm not saying we gotta break contact and just shut down the site... but I will say, thank you, to all of you, for being GK!